Top of Rack Switches: The Battle for the Top of the Rack

At Pluribus Networks, our philosophy is that the Top of Rack switches (TOR Switches) are too powerful to ignore, but one needs a full Network OS to unleash the power of the Top of Rack Switch.

The Battlefield between Sysadmin and Netadmin

The fight for control between sysadmin and network admin has been going on for decades but the boundary line had been pretty static. Anything that ran a full OS and was an end node was a server and was under server ops, while anything that connected the servers together was a network device and was under the control of network operations. If you look at the progression of the two sides through the last two decades, you will realize that the server and server OS have gone through change after change with new software packaging systems, virtualization, density of servers per rack, and so on while the networking technology has remained pretty static other than speed and feeds and some tagging protocols. While the server admin kept reinventing himself through open source, virtualization, six nine uptime, and orchestration the network got split into three distinct categories (forgive me, Gartner, for gross simplification):

Is the Future Bleak for Network Operations in Datacenter and Campus?

The network is becoming more challenging in the fast-moving world of servers, virtualization, threats, the need for instant information, and instant scale. The network operations in Datacenter and Campus networking have not upgraded their skill sets resulting in the advent of SDN and keep-the-network-dumb initiatives.

Netvisor and Top of Rack Switches

Now, most of these initiatives lack deployment scale, but Pluribus Networks’ Netvisor is a full-fledged open source Network Operating System which is designed to make Top of Rack Switches become another server. Given my past experiences with virtual switching, the Netvisor is running on the Top of Rack Server-Switch and gives the ability to seamlessly blend and control the virtual and physical network and orchestrate it as one. Our philosophy is similar to Cisco in that the Top of Rack switches are too powerful to ignore, but one needs a full Network OS (aka Netvisor) to unleash the power of Top of Rack Switches.

With full Unix programmability and C, Java, Perl, and Python interfaces, the existing server tool chain can now program the network as well. Netvisor running on the Server-Switch and working in conjunction with OpenStack and VMware NSX-style orchestration can really solve the major pain point. So one would naturally assume the Netvisor running on our F64 Server-Switch and other platforms like whiteboxes will become the domain of Server Operations and the Rack will be fully owned by the sysadmin and controlled with the same management paradigm and programmed with the server style toolchain (gcc / gdb)!! And a large segment of our customer base is proving the point. But we are also seeing a smaller segment of savvy network admins at our doorstep who want to embrace this new paradigm.

Pluribus gives a better platform to orchestrate physical and virtual networks while adding new capabilities for services, security, analytics, and QoS compared to the low feature networks that cost more and just push packets. While talking to these guys, we are providing a management interface that provides the network admins a bridge to the new world where the network becomes a differentiator and adds huge value to the server and application infrastructure while working as one.

The Changes Needed in Network Operations to be Successful

During our talks with the Network Ops side of the house, we see a very distinct patterns. A smaller set of network admins in fast-moving companies and cloud providers (not all of them run like Google) very quickly realize that by using Pluribus Netvisor and Server-Switches, they can have an instant view of their server and application infrastructure, give more control to the application guys (and make their clients happy), help them debug performance and security issues, create Virtual Networks that mirror a physical network because they have control over both. There is a larger set of network admins that is realizing that they need to embrace this change if they want to stay relevant and probably have been told by their CxO that they need to cut costs and add value.

We at Pluribus Networks would really like to understand the needs to this set of people so we can tweak our management plane to be more comfortable to this set, so they can focus on adding differentiation and value instead of worrying about how they configure VXLAN. For the infrastructure to grow, we can probably take the easy path (which is already happening) and deliver the Top of the Rack to Server Operations, but the reality is that the server admin is already very loaded and would love it if his network counterpart could help him. Guys, we would love to hear your thoughts on the fast-changing world of Top of Rack Switches. Any concrete examples from both network and server operations would be very useful. 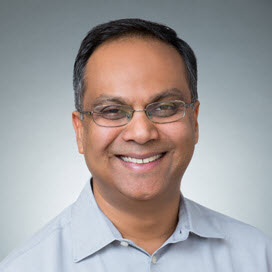 Sunay is the CTO and a Co-Founder of Pluribus Networks. Prior to Pluribus, Sunay was a Senior Distinguished Engineer for Sun Microsystems, and was the Chief Architect for Kernel/Network Virtualization in Core Solaris OS. Sunay has an extensive 20+ year software background, and was one of the top code contributors to Solaris. Sunay holds over 50 patents encompassing network and server virtualization.