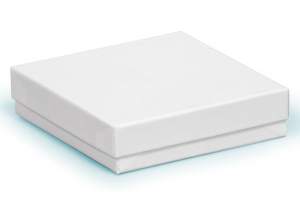 Widespread implementation of SDN standards has propelled the use of white box switches (a.k.a. commodity, open or industry-standard switches). These switches use high-performance switching hardware that can run a variety of network operating systems. This is in stark contrast to the way network switches have historically been built – with dedicated hardware and proprietary Network OSs. The industry’s leading chipset manufacturers are now producing switching components that can meet or exceed the performance of proprietary switching chips. These manufacturers have created a general-purpose chipset akin to what Intel does for computing. Thus, the network operating system and not the network hardware provides the actual network functionality. In addition, due to the use of commodity high performance and high volume chipsets, white box switches are less expensive than their traditional switch counterparts – while rivaling their performance.

White box switch vendors sell switches either as bare-metal devices or preloaded with any compatible operating system, as requested by the purchaser. This is advantageous to users that want to treat the purchase of the hardware and software separately, much like they do for x86-based servers today; choosing Dell, Lenovo, HP or any number of white box server offerings.

Advocates of white box switches claim that name-brand proprietary Ethernet switch models have remained premium-priced yet have largely hit a dead-end in terms of functionality. Most analysts who follow the network industry would agree that higher value commodity-based switches will ultimately replace those traditional designs. With their openness, versatility, and ability to reduce operating costs and overhead expenditures, white box switch deployments simply make business sense and are expected to experience a nearly 35 percent increase year over year that will amount to more than 15% of the entire switch marketplace within two years.

White box switches are the perfect business and technology choice for modern data center environments. Beyond reducing operating and capital expenses, commodity switches also support a variety of development tools, multiple automation capacities, and lets developers focus on networking processes critical to maintaining peak performance. In addition, white box switches can relieve organizational workloads demanding rigorous monitoring practices and elevated availability when the monitoring is built-in to the operating system, as it is with Pluribus.

Do Commodity Switches Perform as well as Proprietary Switches?

Today’s proprietary switches use proprietary ASIC (application-specific integrated circuit) designs that are purpose-built. Each traditional switch vendor may have built dozens or hundreds of ASIC chips over the years as their features and functions have progressed. Using older approaches to building switches, many new features often require new chipsets. The reliance on custom chipsets creates a huge obstacle in driving down the economics of switching, which is in stark contrast to the compute and storage industry.

Every white box OEM switch manufacturer uses off-the-shelf network silicon today. There are only three or four mainstream suppliers of high-performance chipsets, the largest being Broadcom. As such, you will find the same chips in all white box switches. While traditional companies still develop their own ASICs, modern switch vendors, (e.g. Dell) rely on these highly capable off-the-shelf silicon chips. In fact, the performance of these industry-standard switch designs meets or exceeds that available in proprietary designs.

Companies like Pluribus that specialize in software for commodity hardware have demonstrated the ability to innovate software in ways that make them a better choice for modern data center applications. They offer the ability to deliver IT with a high degree of agility, with the ability to see the business flows of information. A white box switch running Pluribus software provides the highest degree of performance, a feature-rich experience made for modern applications, and comes at a price-point that is following the commoditization of everything else found in the data center.

The real difference with commodity hardware is cultural. IT professionals have years of experience buying switches as fixed-function devices. They understand each model’s features and thus search for a new hardware model for each subsequent application needed. The realization that features are ‘software-defined’ with monitoring built-in is simply new territory for these IT leaders.

Pluribus Networks provides flexible, cutting-edge virtual and software-defined networking (SDN) through its Virtualization-Centric Fabric (VCF) architecture and its Netvisor operating systems. Netvisor is the industry’s most robust networking fabric, with built-in visibility, leading performance and superior switching economics unmatched by any other network operating system. Contact Pluribus Networks to speak to a representative about empowering your business today.